Come August 2, the maximum penalties for OSHA fines will go up in their first increase since 1990.

The jump will not be small.

To make up for 26 years of not adjusting for inflation, the agency will hike its fines by 78% this year.

Going forward, the fines will be inflation-adjusted on a yearly basis.

In advance of these increases, we thought it would be interesting to take a look at the most cited OSHA standards in food manufacturing between October 2014 and September 2015, and then calculate what these same penalties could look like after the increase.

1. The control of hazardous energy (Lockout/tagout)

OSHA Standard 1910.147 covers maintenance and service work on machines and equipment that could unexpectedly energize or start up, harming the people working on them. To reduce these hazards, OSHA requires manufacturers to implement a full protection program including standardized lockout/tagout protocols, full employee protection, and training and communication about the hazards and safety procedures.

2. General requirements for all machines (machinery and machine guarding)

OSHA Standard 1910.212 covers requirements related to guarding. It also specifies that fixed machinery must be anchored to prevent walking or moving.

OSHA Standard 1910.119 aims to prevent the release of hazardous chemicals that can lead to toxic environments, fires, or explosions. The standard is extensive, covering everything from how to inform employees about process safety to performing process hazard analyses, to standard operating procedures and hot work permitting.

OSHA Standard 1910.1200 focuses on how information about hazardous chemicals is communicated to employees, including how chemicals are labeled and the distribution of safety data sheets. It was updated in 2012 to align with the UN Globally Harmonized System of Classification and Labelling of Chemicals (GHS), Revision 3. 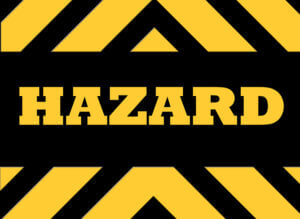 5. Wiring methods, components, and equipment for general use

OSHA Standard 1910.305 covers requirements related to permanent and temporary wiring installations, as well as components like raceways, frames, and fittings. This is the first standard on this list to deal with dust. It specifies that “no wiring systems of any type may be installed in ducts used to transport dust, loose stock, or flammable vapors.”

To learn why dust is a special consideration, check out the parts of this blog dedicated to combustible dust and hazardous dust.

OSHA Standard 1910.219 is related to the machine guarding standard in the #2 spot on this list. It establishes requirements for types and shapes of power-transmission belts, pulleys, gears, and more. 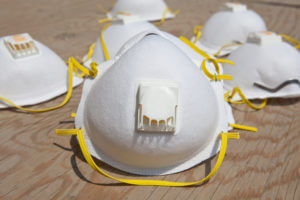 Finally, OSHA Standard 1910.23 describes how to guard openings and holes in a facility’s floors and walls. This includes stairways, skylights, and other similar constructions.

There you have it. The top 10 most cited OSHA standards for the food manufacturing industry, and a glimpse at what these violations could cost in the very near future.

The price of non-compliance is going up. Don’t be caught unprepared.