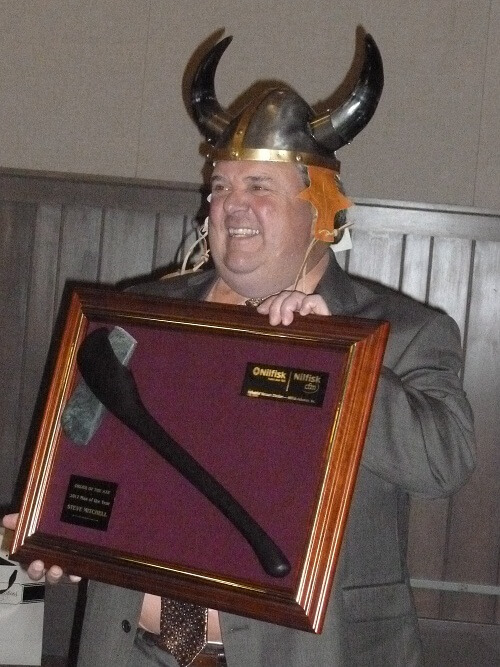 Each year, we conclude our annual sales meeting with honoring the Salesman of the Year. Nilfisk Industrial Vacuums’ legendary Salesman of the Year award is known to employees as the “Order of the Ax,” because of the company’s deep ties to Scandinavian traditions. Nilfisk-Advance, parent company of Nilfisk Industrial Vacuums, originated in Denmark in 1906, and today has facilities on 5 continents. The ax represents the simple, yet technologically-advanced tool the Vikings used to conquer unknown lands.

For the 2012 Salesman of the Year, we were pleased to present Steve Mitchell, District Sales Manager for Maryland, Virginia, West Virginia and Washington D.C., with the special award. Steve joined the team in January 2010 and immediately started to rebuild his territory and bring it to new heights. During his acceptance speech, Steve thanked a number of his fellow District Sales Managers for their field training and the Morgantown Customer Service department for their continuing support. 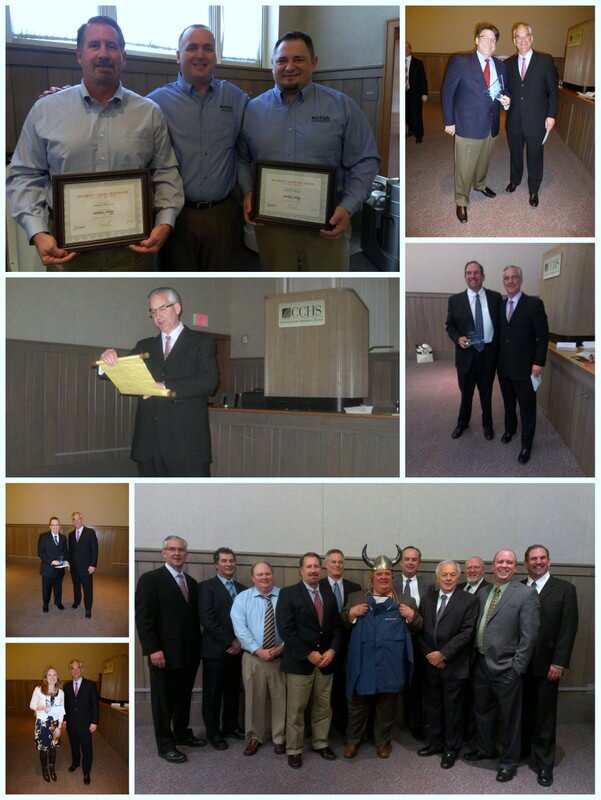