Is the Lead RRP RIP? 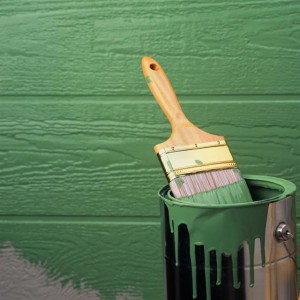 RRP. In fact, there were so many contractors and so little certification facilities that the EPA delayed the compliance deadline in order to meet the demand.The rule was heard loud and clear…Comply or Die. OK, that’s a bit dramatic, but with contractors facing minimum fines of $32,000, not complying surely could lead to the death of a small firm. And now….crickets. Although thousands received certification and invested in the proper equipment, it is safe to assume that thousands of contractors did not get certified. Instead, they chose to ride the wave and wait to see if the EPA would actually enforce the costly rule. To date, we’ve heard virtually nothing on the RRP being enforced…except for a few small jobs in Massachusetts where the state is in charge of their version of the RRP.

Word on the street is that contractors, even those who are in compliance, are simply not taking jobs that require them to work on homes built prior to 1978. A paint store owner recently told us “They’re afraid of the liability. Most have good intentions, but can’t afford the fine if they happen to make a mistake.”

We also heard that contractors are being encouraged to tell on other contractors, a rumor we can’t confirm, but just one example of the controversy the rule has generated.

And in the Western “newer” part of the country, the RRP doesn’t even seem to be on people’s radar. “We’ve heard about it, but there’s been no activity,” is the sentiment of another paint retailer we spoke to. “It will move this way eventually, but we’re all waiting for the first big fine.”

On the flip side, the National Organization of Remediators and Mold Inspectors had some positive news:

While agents may be quite busy with the leads provided by tips and anonymous calls, townships have begun to require the certification in order to obtain a permit, insurers are not renewing policies without it, and law firms are buying up web space in anticipation of many lead paint poisoning cases to pursue.

In speaking with EPA agents, the tone is one of common sense. No one is looking to levy a fine against contractors who are making a good faith effort to comply. One might paraphrase to say that agents aren’t going to come measure the poly on the floor, but there had better BE poly to protect the site or you will face a willful violation. The goal should be for contractors to keep their customers and crew safe and healthy. Agents we spoke to also stressed the importance of safety for the purpose of guarding against litigation. The EPA’s current posture is one of educating, not alienating. Agents seemed understanding of the rigors of compliance and eager to help with questions and issues.

So, what have you heard? What’s your opinion? Are you aware of any RRP violations? Are you a contractor affected by the rule? Please share your experiences!